From the afterlife to the upper life.

"You want word-of-mouth? Do things worth talking about."

“That’s it.” 📝Scott Stratten added, as he gave the keynote speech at New Media Expo in 2014. Sitting in the front row, I was awestruck by the simplicity of the advice. Some months later, I published a story about pranking of my roommate with targeted Facebook advertising and, within hours, my prank went viral.

Waves of attention were catalyzed by a single Reddit submission; over 450,000 people read my story in three days and it was linked more than 38,000 times that month. I was labeled a “marketing pro”, “media manipulator” and “reddit marketing expert” by Adweek, Observer, Forbes, etc. My inbox quickly filled.

This event birthed 📝Ghost Influence; a marketing agency, educational community, and startup studio. After four years, the trinity—created to 📝Build cool shit and change the world—had invested most of its energies into defining, and contextualizing, what was “worthy” of attention. As Stratten also said in his talk, “your shitty corporate video will not go viral because it’s your corporate video.”

It took time, overwhelming frustration, and a great deal of inner work, for me to 📝become attuned to this, but, if people are going to talk about the things we do, we should first ask, are they worth doing?

In 2018, when I met 📝John Zdanowski—the former CFO of 📝Second Life and 📝General Assembly—we found resonance in our frustrations with venture capital and how the model rarely makes way for social good to thrive. In response to my 📝Aligning Your Spirit email, he proposed a sponsorship model that was, 📝by and large, inspired by the 📝patrons of the Renaissance. Our first co-creative endeavor, Spiritual Bro, led to others and, ultimately, to the realization that a new kind of agency was to be born.

The ‘Ghost Influence’ name suggests a kind of shadowed manipulation that is not, and was never, aligned with our true nature. We see that now, and we are passing on from the afterlife; to the upper life.

Within One, Inc., we co-founded 📝Spirit Studio; a startup studio incubating projects with patronage from, and in partnership with, belief-driven individuals and organizations. Join our newsletter or reach out. 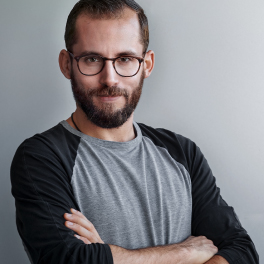